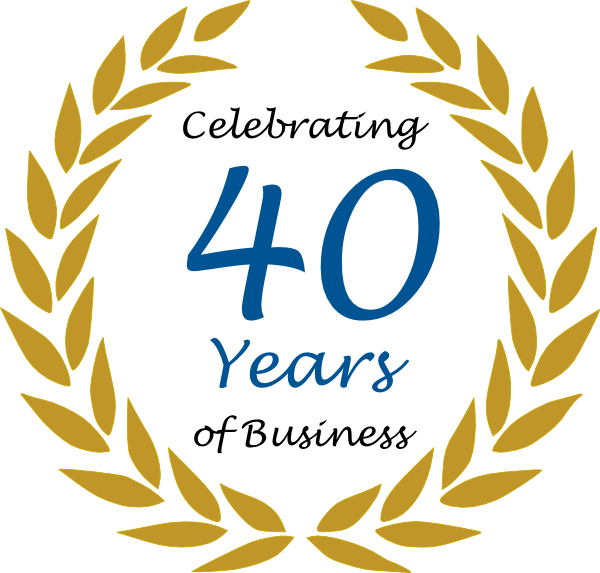 As the extreme heat of summer and high electric bills approach, an inventor in Phoenix says he has an under utilized option for bouncing heat out of houses.

Horizon Energy Systems Inc. in Phoenix manufactures a reflective, radiant barrier for attics that owner Brad Lindsay says can save 35 percent or more on the cooling energy needed to keep houses at comfortable temperatures.  That's dramatically more than the conventional wisdom in the utility industry, which holds that 10 percent or less of the heat entering a house comes through the attic.

The conflicting information sets up a sort of mystery in thermodynamics, with some experts only recommending the barriers in new buildings. Customers, though, claim that retrofitting their attics with the Mylar-looking, triple-layered reflective sheeting has saved them big money. 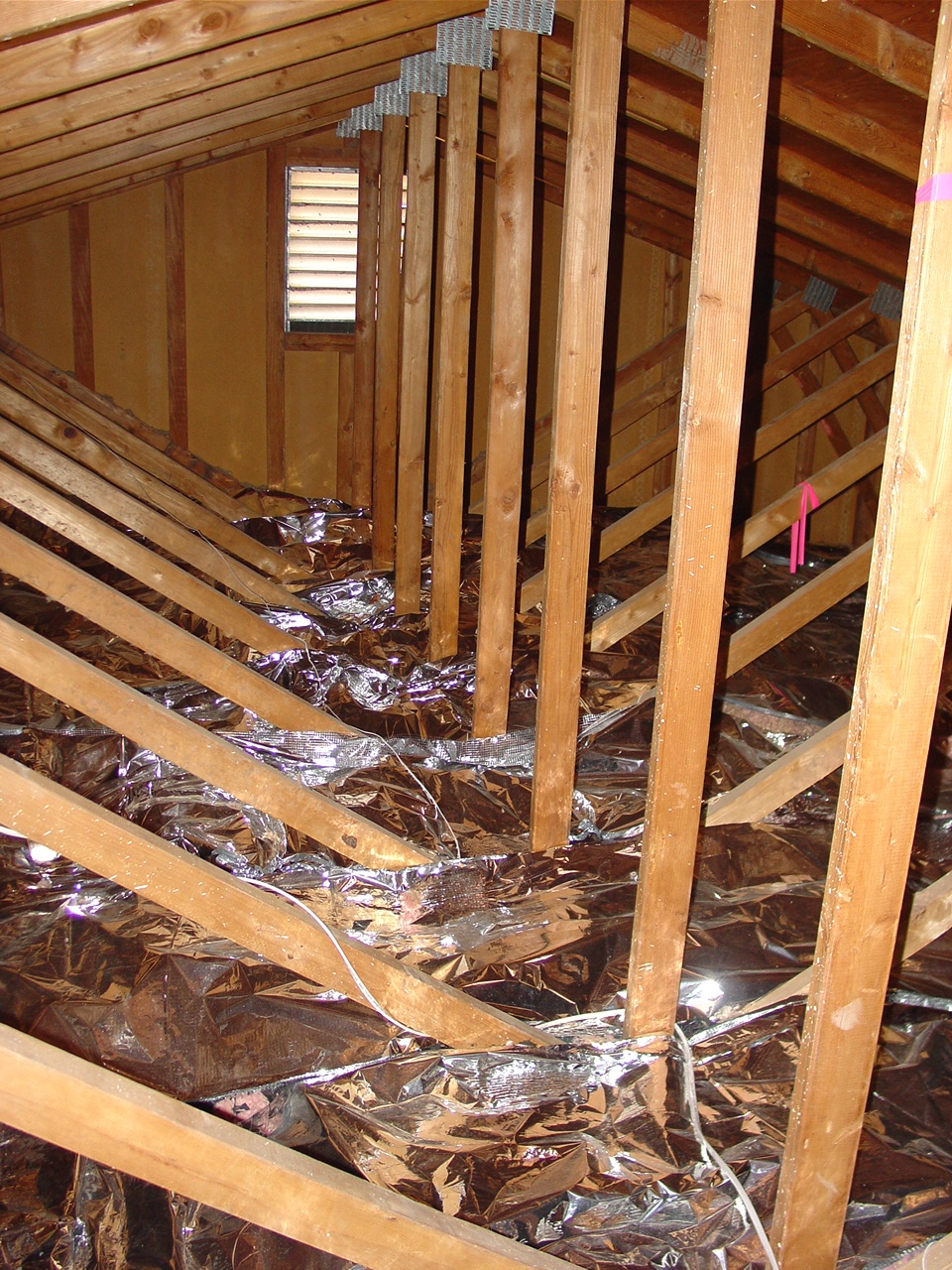 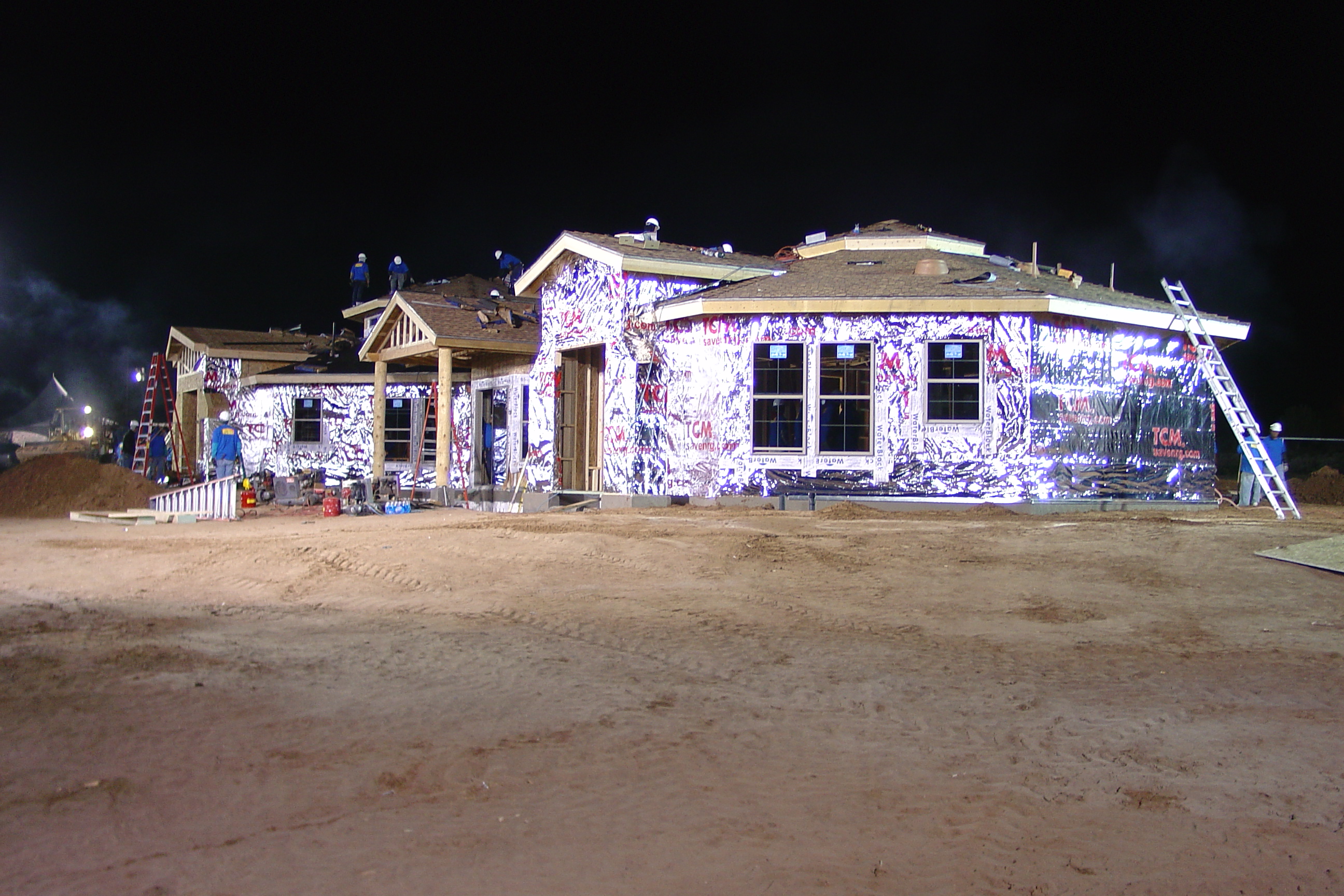 For 20 years, Lindsay has been reinventing and installing his products in Arizona. He said that better insulation would cut the need for more power plants.  "Hothouses, blackouts, brownouts, these are not the problems, these are the symptoms," he said. "The problem is too much heat coming into our buildings."

Lindsay offers his product installed for $1.40 a square foot, or 79 cents a square foot to people who want to install it themselves. The barrier works the same way as a thermos bottle that keeps a cold drink chilled even when placed in the sun by redirecting not just the visible sunlight but the infrared heat waves from the bottle, he said.  ABC's television show Extreme Makeover: Home Edition used Horizon's reflective product for an episode filmed last year on the Navajo Nation in northeastern Arizona, when contractors replaced a family's trailer home with a self-sufficient energy home.

Jackie and Tom Connolly had Horizon install a radiant barrier on their home in north Phoenix in March 2007. With an attic fan and resetting a load controller, they said they've saved $800 in ten months on electric bills.  At that rate, they'll pay off the $5,000 investment in a little more than six years.  "We were having all sorts of problems with hot spots in the house," Tom said. "The house wasn't cooling at all. We had one horrendous summer after we did some construction."   First, the family put more insulation in the attic. 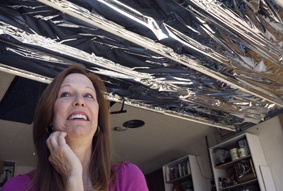 Jackie Connolly says, “We've definitely seen a difference” in comfort level after Horizon Energy Systems installed a radiant barrier at her Phoenix home. She and husband Tom expect to pay off the initial investment within six years.

He found Horizon on the Internet, and after a consultation decided to try the barrier and attic fan, which Lindsay says is necessary to keep from overheating the attic with the reflective material. The family also put the barrier on the inside of a garage door and immediately could feel the difference in the garage and bordering rooms.

Evan Mitton of Litchfield Park also was having problems keeping his place cool, and he was getting quotes from companies that wanted to install a larger air-conditioner on his home for as much as $5,000.   For that price, Horizon installed a smaller, more efficient heat pump, which qualified for a rebate from a utility, and put a barrier in his attic.   Mitton's bills have gone from $151 a month to $96, he said. He is on a payment plan that charges a flat monthly fee so his bills don't fluctuate month to month.  He expected the savings by replacing the 25-year-old air-conditioner with one of the same size, but not when replacing it with a smaller model, he said.

"It works really well," Mitton said of the barrier. "It keeps the house a lot cooler."

Phoenix utility experts have known about radiant barriers similar to what Horizon makes for decades, but they say their potential is limited in well-insulated attics.   Salt River Project and Arizona Public Service Co. both offer rebates for things like air-conditioner tuneups that save electricity, but they don't have rebates for radiant barriers.

Neither SRP nor APS would speak specifically about Horizon products.

An APS official said that the least amount of heat entering a home comes from the ceiling and attic.  "(Radiant barriers are) in that category of things that certainly help, but is it cost effective or not is the big question," said Tom Hines, manager of the residential energy efficiency program at APS.

"When I see claims out there of saving 30 percent or more on bills, it's hard to do that when not that much heat is coming in the house (through the attic)," Hines said.

A spokesman with the American Society of Heating, Refrigerating and Air-Conditioning Engineers said that the figures cited by APS are out of date and that modern research shows 20 percent to 25 percent of the heat entering homes comes from the attic and ceiling, making radiant barriers economical, although not as productive as Lindsay says.

"The number quoted by the utility is much too small," said Andre Desjarlais, chairman of the ASHRAE committee on building "envelopes" or barriers and insulation. He also is the program manager for building-envelope research at Oak Ridge National Laboratory in Tennessee.

"The attic and ceiling are taking the biggest load from the sun," he said. "It can't be the smallest contributor (to home-heat gain). That doesn't pass the common-sense test."  Desjarlais said that radiant barriers make the most sense in super-hot places like Phoenix, especially on older homes with minimal attic insulation. For heavily insulated homes, the return on cost is much smaller, he said.

Sempra Energy in San Diego has been communicating with Horizon to set up tests to determine the true energy-saving value of the product, spokeswoman Rachel Laing said.  If proved valuable, it could qualify for rebates in California, she said.

"In concept, it seems worthwhile to test," Laing said.

SRP officials said that the barriers can be effective, but the utility focuses its rebates on areas that its experts see as more cost efficient, such as shade screens that keep heat from moving into homes through windows.  They certainly can be (useful)," said Jerry Thieken, a senior project manager and energy expert for SRP who has reviewed data about radiant barriers. "You will find them a lot in new construction where it is easy to install during the construction process.

"In a retrofit, it's a little more difficult because you have to squeeze it into tight spaces."

Actual APS bill one year apart.  These reductions as well as more comfort than they've ever had before. 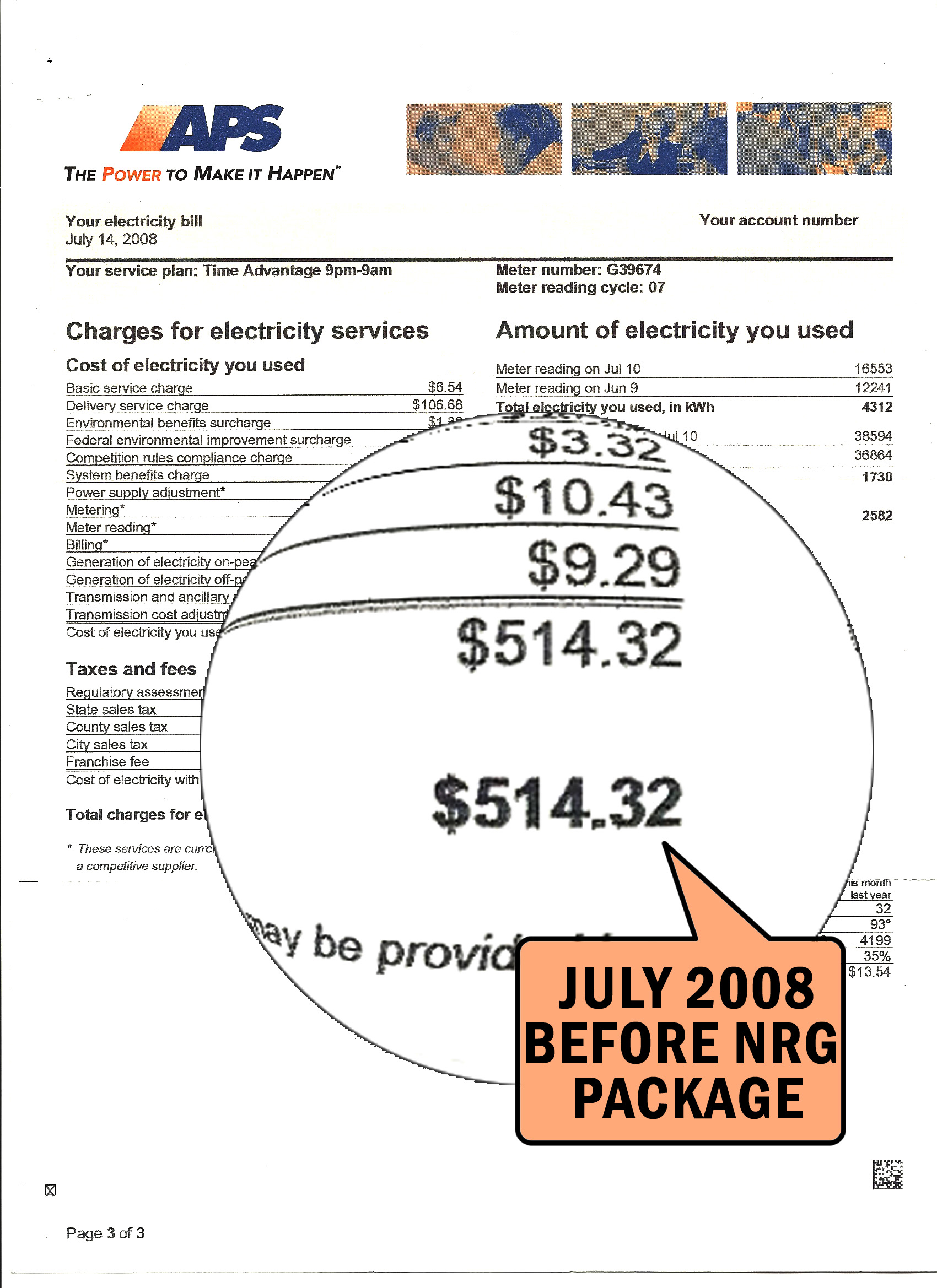 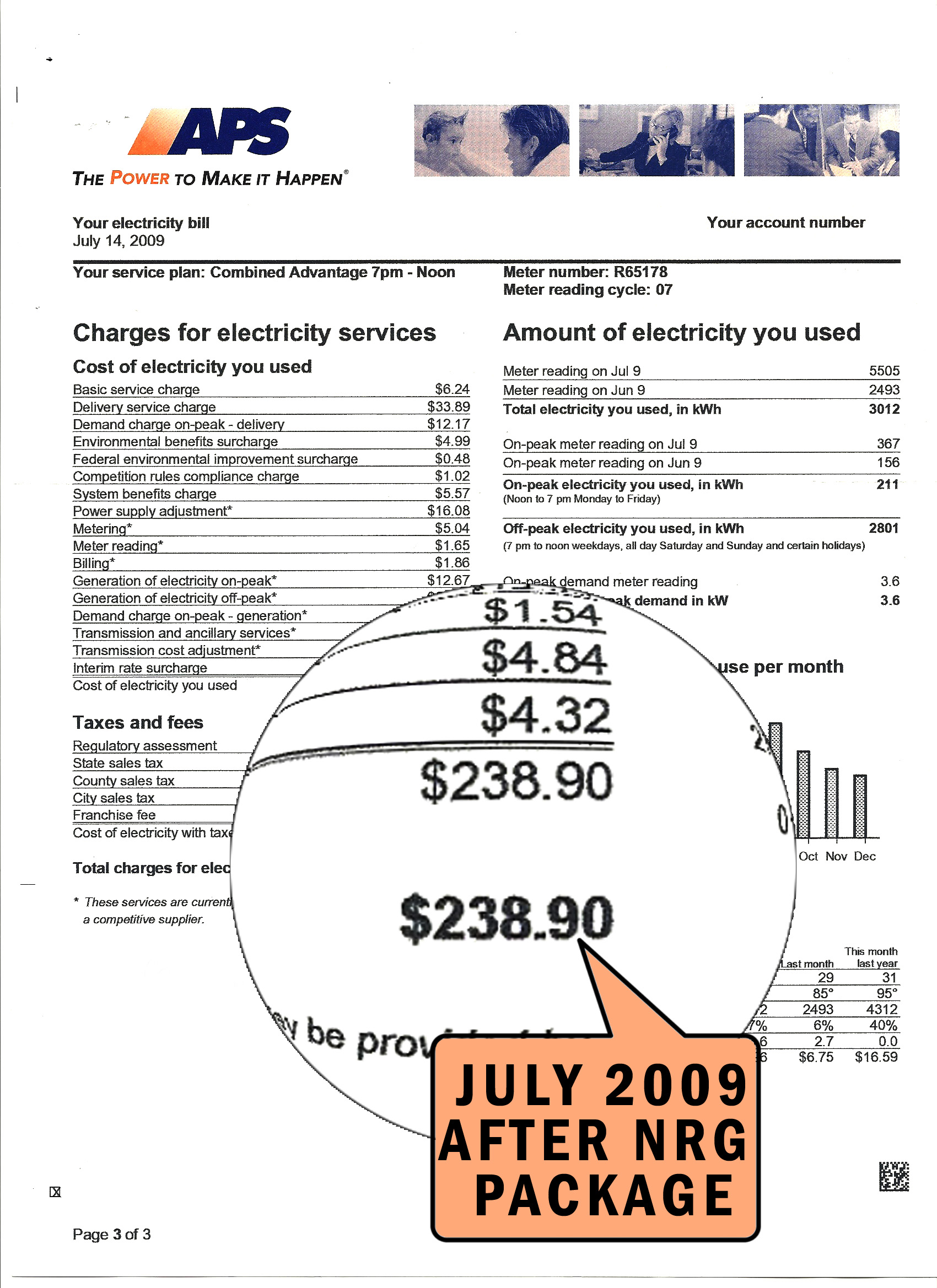 Email us for an in home energy audit: click here

Web page design and maintained by B Rad Design Group
Copyright 1997-2020 all images and text copyrighted by Horizon Energy Systems.
All rights reserved and violators will be prosecuted. 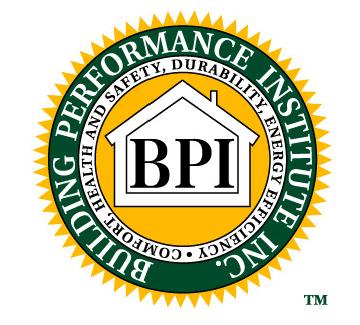